Tarbert Loch Fyne Harbour is to receive £200,000 of Scottish Government funding for improvement and expansion of berthing space, in a funding award which acknowledges the port’s potential for future growth.

The local harbour authority will use the Enterprise Growth Fund (EGF) cash to increase the capacity of the yacht pontoons, allowing greater numbers of visiting boats to be accommodated.

The grant, augmented by a portion of the authority’s own funds, will allow the harbour’s trustees to add an entirely new stretch of pontoon, boosting berthing capacity by 40 additional boats, and to replace existing pontoon sections which are reaching the end of their useful life.

Harbour Authority chairman Alan MacDonald says that many users of the popular West Highland yacht haven indicate a preference for berthing directly alongside the pontoons, rather than rafting onto other vessels.

He explained that the trustees are intent on ensuring that the pontoons are safe, sound, and sufficiently accommodating to meet future needs.  He believes that the planned improvements, minimising the need for boats to “raft-up” at busy times, will encourage many more crews to visit the harbour.

Explaining the background, he said: “The yacht pontoons at Tarbert are subject to annual inspections, and our engineering consultants advised us that certain areas would require replacement in the near future”.

Alan continued: “We are obviously delighted that the Enterprise Growth Fund has chosen Tarbert Harbour as one of the recipients of this grant funding.  The EGF’s application process is rigorous and comprises two stages  –  the first to gain a place on the short leet, and a second in which we had to provide substantially more detail.  (The award) is a great boost to the harbour’s plans for providing the necessary facilities for the leisure industry.  It will also help sustain the local economy during this period of financial restraint and hopefully will lead to an increased number of visitors to the village”.

Tarbert is the home of the annual Brewin Dolphin Scottish Series yacht race, and Alan MacDonald hopes that the new berthing facilities will be completed in time for this year’s event at the beginning of June. 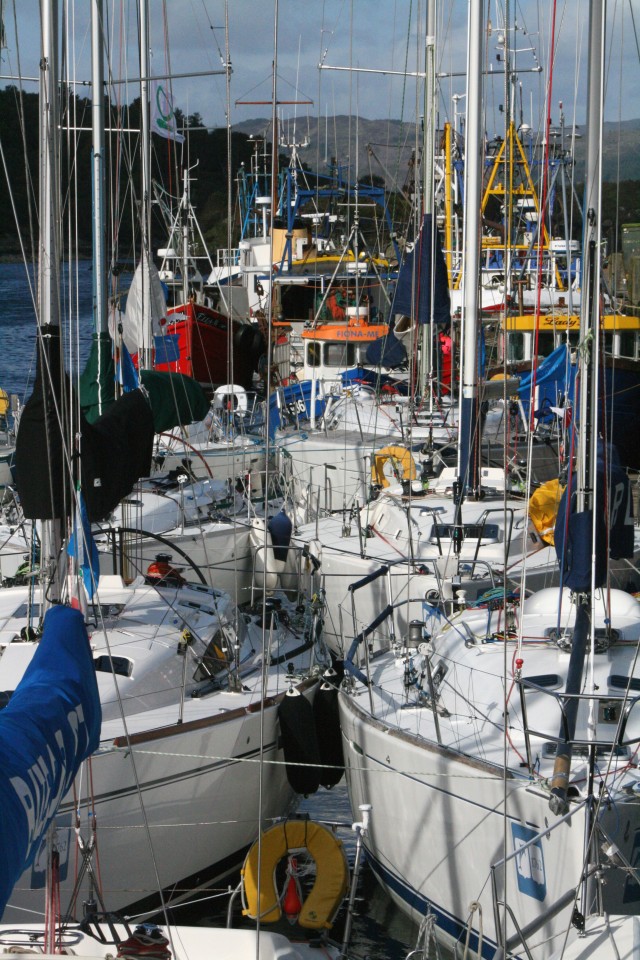 The harbour board’s next step will be to identify, and announce the appointment of, its choice of contractor.  This is likely to take place within the next few weeks.

According to Alan MacDonald, the trustees’ existing aspirations  –  of providing a new harbour building within the existing amenity area on the north side of the harbour  –  remain in play, however the board took the decision that it would be prudent to wait for the economy to improve before progressing the shoreside plans.

EGF, which is managed by a consortium including the Wise Group, aims to identify and invest in progressive bodies within the Third Sector, including voluntary, community, and social enterprise organisations.  The Fund gives priority to groups which are ambitious and enterprising, and which are most likely to show growth, use resources thoughtfully, and generate tangible results such as employment, in the years ahead.

Wise Group project director Diane Greenlees said: “(The) additional berthing facilities will contribute greatly to the Scottish economy, and (will) make a positive difference to the lives of…..individuals and communities in Argyll & Bute.”

(Image of John Swinney MSP courtesy of the Scottish Government, and licensed under the Open Government Licence v1.0)

Unless otherwise stated, all images are © Mid-Argyll & Kintyre News 2012